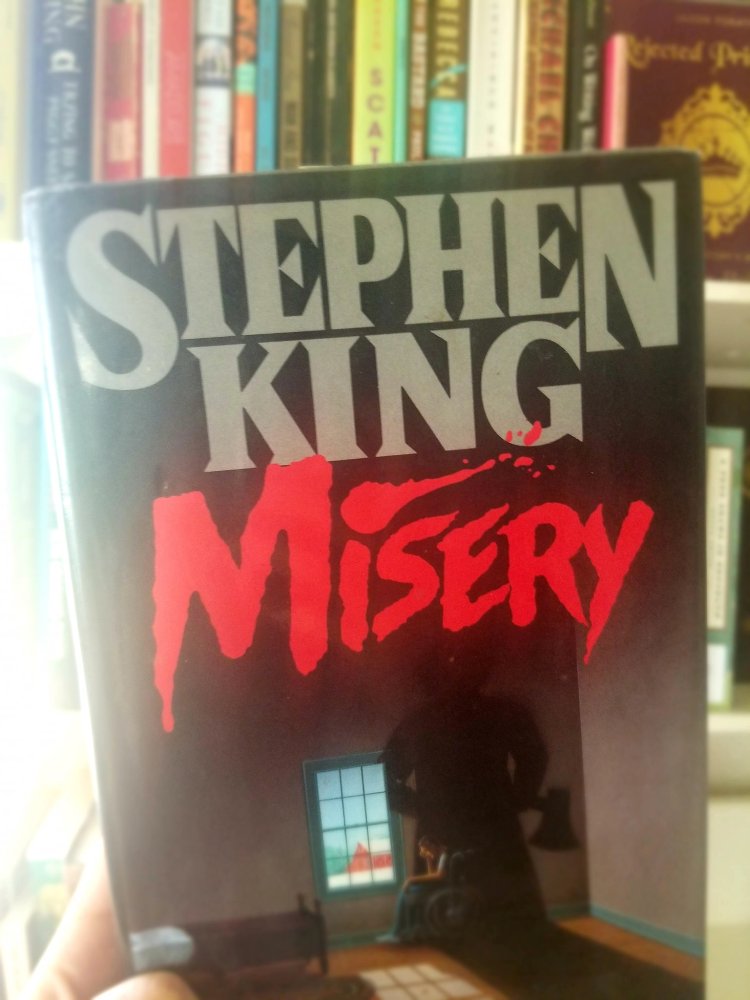 Fiddley foof, what the dang doodle took me so long to read this?

The Summer of Stevie is still in full effect. I’m doing this fun thing where I let the first Stephen King reference I catch in a Stephen King book dictate what I read next. Cujo led me to Four Past Midnight, which led me to Misery. It’s a fun game, I suggest you try it. Or don’t.

A synopsis in brief:

Paul Sheldon, acclaimed author of the Misery series, has just finished a book and he’s feeling his oats. Paul goes a little heavy on the Dom P, decides to drive back to New York, and gets in a car accident. Luckily, his number one fan finds him. Unfortunately, his number one fan is Annie Wilkes. She is, how you say…unstable as hell.

Paul wakes up to find himself in her downstairs bedroom, unable to move his legs. Because they are jacked, y’all. He needs a hospital and a surgeon, like, two weeks ago. Yep. That’s how long he’s been there when he becomes completely conscious. Annie, bless her, has been doing her best to take care of him and also torture the shit out of him. It’s a real mixed bag in the Wilkes house, y’all.

So, Annie is so excited to read Paul’s newest Misery book. She’s ecstatic. And then she’s furious. See, it doesn’t end how she wants and, much like me after I finished Season 8 of GoT, had a ton of good ideas on how to improve it. Instead of just whining about it on the internet like I did, she goes completely bonkers. Things go from bad to worse for Paul. He’s being held hostage, his legs are busted the hell up, and he’s got a bit of writer’s block. See, Annie is insisting that he write another Misery book and fix the mistake he made. But his “mistake” was a doozie and he’s having a bit of trouble.

So, Paul is on the struggle bus heading for the danger zone. He needs to keep Annie calm and happy…and find a way to get the H E double hockey sticks out of there. Will he? I’m no going to tell you. Read it for yourself and find out!

Oh, funny story, I texted LeRoux and was like, “Hey, girl. I’m reading Misery. It gave me a hilarious idea for our next series.” And she, appropriately so, was like, “Um, so…what is it?” Because how in the hell do you get a hilarious idea from Misery? Well, gang, we did. Don’t worry about how, just know that we did. We have a book scheduled to hit the shelves on October 8th and a Kimmy Christmas Spectacular happening later this year, and then it’s on. So, stay tuned, Lynx & LeRouxnatics.