A lot of people slept on this movie. Blame it on terrible marketing and critics who didn’t get it. Blame it on the media for getting offended that Megan Fox wasn’t content to be a sentient blow up doll and insisted on having actual opinions and wanting to be treated as more than a piece of meat. Blame it on dudes who were pissed at the fact that they weren’t real characters in the movie. Just a brunch buffet for teenage prey turned predator. Normally I would link to the trailer here but the trailer is shite so please enjoy this much more tonally accurate scene.

Blame it on a lot things of things. Rio, the rain, the gotdamn bossanova even, but for the love of God go watch this movie. It’s punk rock as hell. It’s clever and subversive and beautifully directed and hilarious. If you like Juno, Heathers, and horror, this movie will be your jam. The basic plot is that Jennifer and Needy have been besties since they were babies and now that they’re in high school Jennifer is the hot party girl alpha while Needy is the more straight laced, responsible beta.

One night Jennifer talks Needy into ditching her boyfriend and coming to see her favorite indie band, Low Shoulder, play at the local bar. There’s a fire, lots of people die and we learn that Low Shoulder are aware that they’re part of a legion of interchangeable pretty boy bands.  Essentially Low Shoulder is Maroon 5 if they were more openly evil. They need to do something big to make their mark and they have decided that satanism is the path for them. This may also explain how Maroon 5 made it big, just sayin’. They think that sacrificing a virgin is just what the devil ordered to get them the fame and fortune they so crave, so they go ahead and sacrifice Jennifer.

Here’s the problem. Jennifer isn’t even a back door virgin, so the ceremony doesn’t work quite as planned. Instead of just dying, Jennifer is reborn as a succubus. She has some pretty wicked powers and must now devour the flesh of men to stay alive. Needy is alarmed by this development and especially takes issue when Jennifer gets a hankering to snack on her boyfriend Chip.

It’s war from there on out.

That would make for a fun enough story, but the thing the movie really explores is the intense, codependent nature of the friendships so many girls have at that age. Needy is absolutely in love with Jennifer. Needy is absolutely the most important person in Jennifer’s life. Their friendship means everything. Even if it’s sometimes unhealthy. Even when Jennifer is a demon. Needy is the one thing that keeps her human.

How brilliant is it to frame that story as a horror movie? Megan Fox and Amanda Seyfried are amazing in it. The script is clever and funny 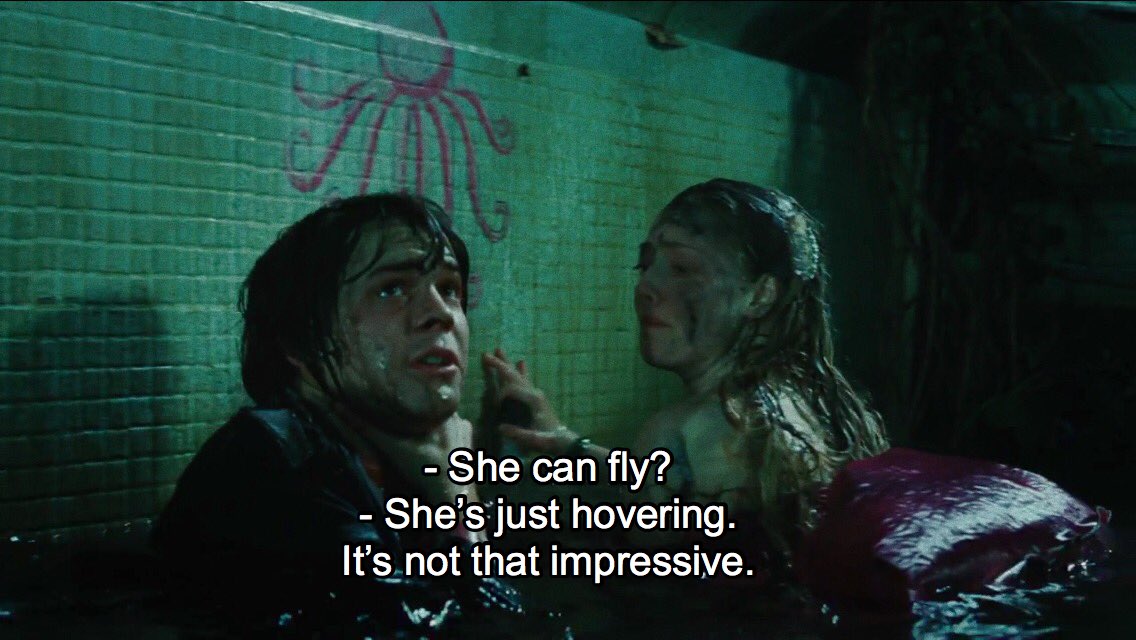 and the movie is beautifully shot. The last five minutes are absolutely thrilling and you have to watch the credits not just to get the true ending of the story, but to admire the most perfect cinematic use of the song “In the Flesh” that will ever be. Watch this movie then blast some Hole or maybe some Bikini Kill if you’re a Kathleen Hanna stan. I guarantee you’ve never seen anything like it.