Ok, you guys. I didn’t know this movie existed until like two days ago and when I found it I was filled with the warmest, fuzziest feeling of joy. If you’ve read our books, then you know I love me some ridiculous nonsense and Presidents Day is positively brimming with it. Is it a good movie? No, no it’s not. It’s a very intentionally bad movie that parodies the whole slasher genre.

The basic premise, and good lord I am so disappointed that I didn’t think of it, is that a group of stereotypical college kids are going to a remote cabin on Presidents Day to party it up in the woods. On the way they encounter a very shady toll booth operator who tries to warn them. There’s no such thing as a good Presidents Day in those woods. They must turn back now! Of course, the don’t so he somehow hucks a journal/slash survival guide into their car before they pull away. One of the kids accidentally summons the dead presidents, as you do, and then it’s nothing but star spangled murder as far as the eye can see.

Lincoln is the leader but almost all of our deceased head of state homies make an appearance. You’ve got FDR doggedly pursuing a half naked coed through the woods. You’ve got Lincoln surprise impaling a kid with a flag pole. Taft is talking trash while somehow trapped in a bathtub. Jefferson gets dragged for being a racist garbage fire. It’s bedlam. Delicious, nonsensical bedlam. 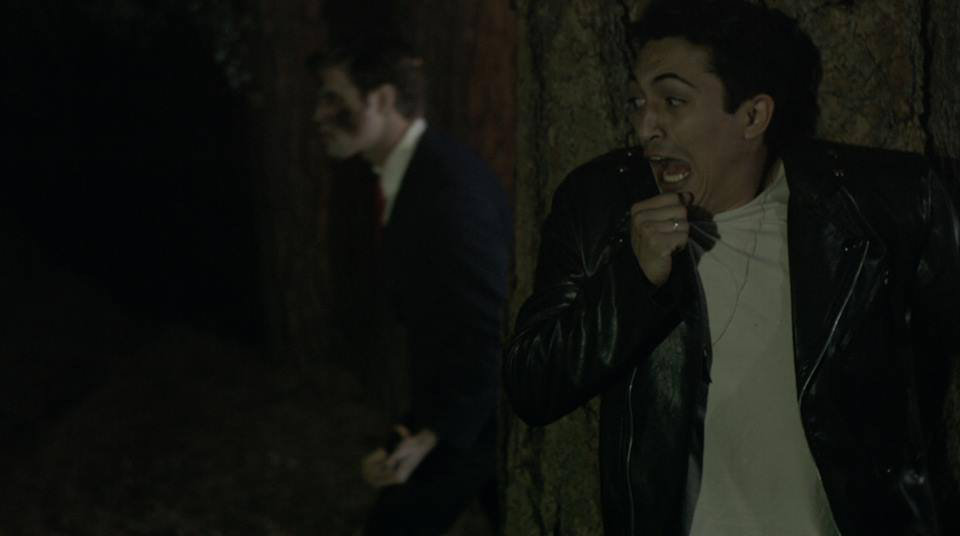 These kids are dropping like flies. What are they to do? Who can show them the way to assassinate all these zombie president buttholes? John Wilkes Booth. Yup, Booth is back from the dead he’s full of motivational speeches and a fiery desire to finish what he started.

Truly, it is bananas but it’s self aware and clever. There are some legit funny one liners and sure, it looks like it was filmed with the camcorder my mom bought in 1988 but they have fun with it. The special effects are seriously goofy. The zombie makeup looks like it came straight out of one of those kits you get at the drug store for Halloween and the only satisfying character arc belongs not to one of the teen leads but to the reanimated, murderous corpse of James K. Polk. It’s like I drank an entire bottle of Robitussin and dreamed the whole thing. The movie is streaming for free on Amazon Prime and I encourage all of you to watch it for the same reason that people climb Mount Everest. Because it’s there. Because someone had the very temerity to come up with this plot and then got a whole bunch of people to help them make this movie. I honor them all. As should you. What a time to be alive, friends.