What’s more fun than watching celebrities watch TV? So many things! But we’re in the midst of a pandemic and new entertainment is new entertainment so here we are. This is a long way of saying that there’s a new show called Celebrity Watch Party that features relatively famous folks watching a spot of telly with their friends and sharing their thoughts and feelings about what they see. Every week a group of people including Tyra Banks and her Mama, The Osbourne family, or Master P and Romeo watch programs ranging from Bob Ross to Nailed it and let everybody know what they think. 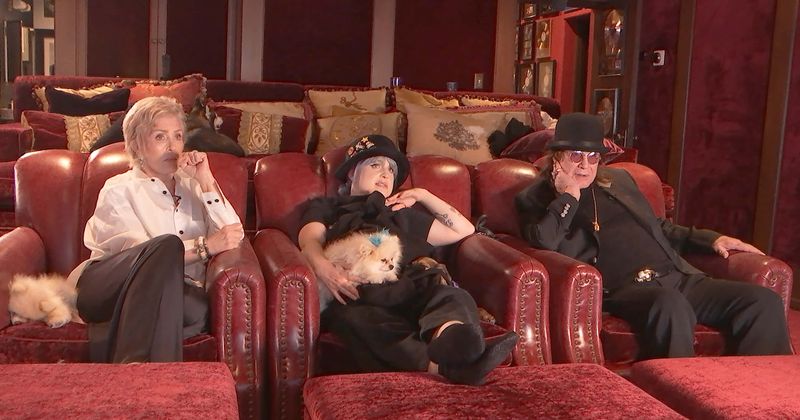 If watching Ozzy Osbourne nap while his wife and daughter view Dirty Dancing or Romeo attempt to enthusiastically engage with The Masked Singer while Master P disinterestedly slurps from a Cup ‘O Noodles is your kink I won’t shame you but I will say that the Marco Polos that Smoky and I make about Drag Race every week are far more entertaining. Plus, mine have the aesthetic of the “found footage” from The Blair Witch Project. It’s evocative stuff.

Anyway, the best thing about this show is that you get to sample two or three minutes clips of lots of different shows. Some you might be familiar with and some will make you question the very sanity of the programming execs at The History Channel. That’s the real reason to watch CWP. You get a taste of some bananas nonsense  without ever actually choosing to watch a full episode of shows like Kings of Pain.

The concept of Kings of Pain is simple. two idiots taunt large, sometimes venomous animals into biting them, seem shocked that the process is painful, and then rate said level of pain on a scale from 1-10. This show is exclusively for bros and high people, In the segment that I watched these goofs each kept goading an agitated python until it chomps on them. They screamed and screamed and then afterwards, as blood shot out of their wounds, reflected on the fact that they could have done nerve damage or been killed. Luckily, their wives know how passionate they each are about the pain scale and support their mission. Girl, their wives are passionate about the insurance policies they have out on these dunces. That’s what they’re supporting.

That’s the kind of content that you’ll find on Celebrity Watch Party. Is it a “good” show? No, no it’s not. it does pass the time though and Tyra’s mom is adorable. It’s the perfect kind of show to fold laundry to or have on in the background while you do housework. So, while I’m not enthusiastically recommending this one I can say that if it’s on and you happen to be in the room you won’t hate it. Sometimes that’s enough.